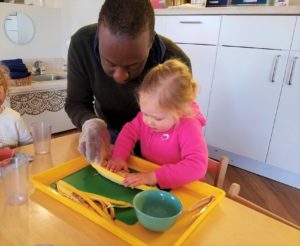 Q: Can you tell us a little about yourself? Your background, your interests, your dreams?

A: I was born and raised in Zimbabwe where I did my undergraduate studies in Theatre Arts and Sociology. I moved to Beijing, China in 2009, where I stayed for 7.5 years before coming to the United States in the summer of 2015. My Montessori story began in the Changping district of Beijing, where I was not only the foreign teacher but the first male Montessori assistant teacher. As an African teacher in a new Montessori school, I learned very quickly to adapt and share my cultural background in an environment that was very exciting and curious about how I ended up in front of them.

Relocating to the United States came with a different kind of excitement. I would finally get to speak English, a language I grew up with, in a diverse culture. Settling in Boulder Colorado, I found myself again being the first male African teacher at a Montessori school. At the Infant Toddler training at Montessori Education Centre of the Rockies (MECR), we were told that I, together with another man from Nashville, were the first male students to enroll in the Infant Toddler program.

Q: What was your first experience with Montessori? 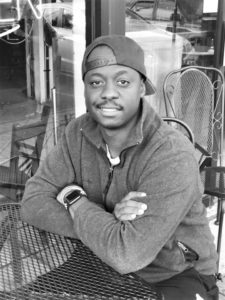 A: I stumbled upon Montessori in Beijing, China. I was at the screening for a documentary I did for National Geographic when a friend approached me and asked if I wanted to audit a class. My life has never been the same.

The eureka moment came when a little boy (2.5years) at the new Montessori school said, “Hey, you’re my chocolate and I’m your cheese.” I was initially confused. Then he explained, “You are brown, I am yellow”. In that moment, I discovered the wonder of a child’s mind. They’re so natural and pure in their approach to life. I knew right then that I had found my calling.

Teaching in China was an awesome Montessori adventure in child development and the intrinsic motivation that drives them to learn. It was an honour to not only teach but incorporate my own experiences into enriching the lives of children.

Q: Can you share with us a Montessori moment that continues to inspire your practice?

A: Hmmm! That’s a hard one. Every day is inspiring and magical with toddlers. I’ll share a 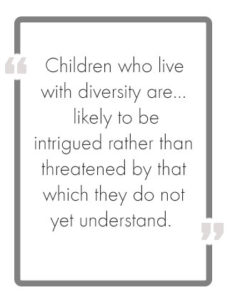 moment back to when one little girl in my class was being potty trained. She went potty one day during outside time and came back running towards me as she said on top of her voice

“Tatenda, I pooped for you” It was an instant moment of laughter filled with happiness and a realization of how much joy for her to be able to use the toilet and be proud of her self. Seriously, how many times, if at all, do we get to hear someone say that to us? It made me realize, again, the work we do in supporting and sustaining the love of learning children bring into our prepared environments.

Q: What’s your favourite Montessori quote? And why?

A: Maria Montessori’s words have become my mantra:

“The needs of mankind are universal. Our means of meeting them create the richness and diversity of the planet. The Montessori child should come to relish the texture of that”

I think children who live with diversity are better able to see themselves as an acceptable part of that diversity and are likely to be intrigued rather than threatened by that which they do not yet understand.

Q: Is there a Montessori material you love particularly and why?

A: The Montessori Imbacure Box with knitted ball. It practices precise hand movements while sending information to the brain as well as develops hand, wrist and finger control – also known as “refined hand movements”. A child has to drop the little ball into the hole in the box. The ball will roll out of the box and into the attached tray thus allowing the child to experience object permanence by seeing that the ball did not just disappear. 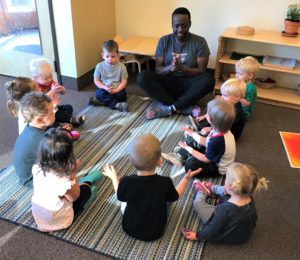