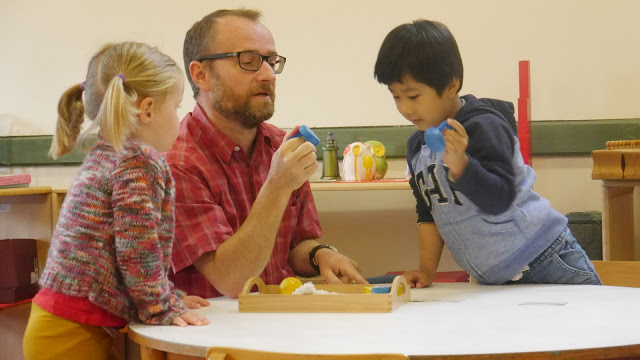 My class came in and sat on the carpet in silent lines, gazing up at me expectantly. Gone was the wandering about the classroom looking for something interesting to do. Gone were the repeated requests to go outside. Gone were the free flow and the free choice. I’d done it. I’d broken them. I’d succeeded.

“What are we going to do?” piped one little voice. I looked down at their expectant faces and… I felt like crying.
I taught 5- and 6-year-olds for 8 years in state schools. I’d gone into teaching as I hit 40, full of enthusiasm, ideas and a desire to make a difference. I thought I knew what a teacher’s role should be – to provide a warm, stable and encouraging environment, to instil a love of learning, to inspire and scaffold their educational journeys, to prepare children for their adult lives. That’s what school is for, right?

These kids had come into Year 1 a month earlier full of self-confidence, brimming with imagination, proudly independent. The classroom was theirs; they looked in every drawer, took out what interested them, put it back when satisfied. They were overflowing with spirit and imagination and resourcefulness. But my job – I was soon told – was to stop that as quickly as possible (although not in those exact words). There was a curriculum to get through and so they now needed to all work at the same thing at the same time in the same way. They needed to sit and listen, and write and write and write. It’s just the way it had to be. Then they’d get through the curriculum on schedule, they’d get good levels, get good exam results, go to good universities, get good jobs, and then… they’d be happy, right?

Except, following the epiphany described above, I just didn’t believe this story any more. The uncomfortable niggles I’d be feeling for a while gradually became full-blown doubts. Was I really just enforcing conformity to a system I had ceased to believe in. I began to feel I was crushing something precious. I recalled, for instance, one little girl who would take an age to formulate in her mind what she wanted to write during literacy, and would often only be getting her words down on paper as the session was drawing to a close. She was a talented writer, but permanently frustrated that she never finished anything. The best I could offer her was that she could complete her work at home. I always felt I was short-changing her.

Thus began my own journey towards Montessori. In it I finally found an educational approach that kept the child at its centre throughout, and that was actually based on both careful observation and an educational philosophy rather than a simple utilitarian desire to produce the highest number of exam certificates for the highest number of children.
Last month I finished the taught part of my Montessori course. It had been, without a doubt, the most stimulating, absorbing and exciting year of learning in my life – not least because of the challenge it posed to my previous conception of what a teacher should be.
The mainstream teacher is first and foremost required to be an efficient curriculum deliverer – the ‘sage on the stage’; always busy, always in control, always checking up on his or her charges to ensure the content is being absorbed efficiently. And always moving on to keep to a pre-planned timetable.
When I first read Montessori’s statement that, ‘The teacher can be proudest of all when she is no longer necessary,’ (Montessori, p.228, 2012) I was simply bemused. How could the children thrive without my constant input? How could I be an effective teacher by making myself irrelevant? What I failed to grasp at that point was that the statement is an ideal endpoint, not a modus operandi. The conceit I’d be labouring under all those years was that children need to be taught how and what to learn, and shepherded constantly to ensure they stay on the right path.

The idea of trusting the child was simply startling. No more ‘sage on the stage’; far more of a ‘guide on the side’. The power shift from the adult to the child is a truly radical idea. And one that I think many teachers coming from the mainstream find troubling – can we really trust children to direct their own learning? I know I am still grappling with this fundamental shift.
But, of course, to be an effective Montessori teacher, it is necessary to do a great deal more than simply leaving the child to it. It has slowly become evident to me that the most important skill to be learned is that of becoming an insightful and skilled observer. This is hardly news to early years practitioners. What has surprised and humbled me, though, is realising quite what a challenging task this is.
I think back, with some shame now, to conversations between teachers of children beyond 4 who tended to opine that the jobs of their early years colleagues were, in comparison with their own, frankly, a bit of a doss. How hard can it be to watch children play and scribble down a few notes every now and again?
Of course, it is easy to be a relatively poor observer, but to do the job well requires a vast range of skills, knowledge and character traits. It needs wide expertise in child development and pedagogy; it requires subtlety of thought, patience, empathy and humility; highly developed powers of analysis and synthesis; it requires steady judgement, openness and, perhaps most importantly, the ability to reflect constructively. 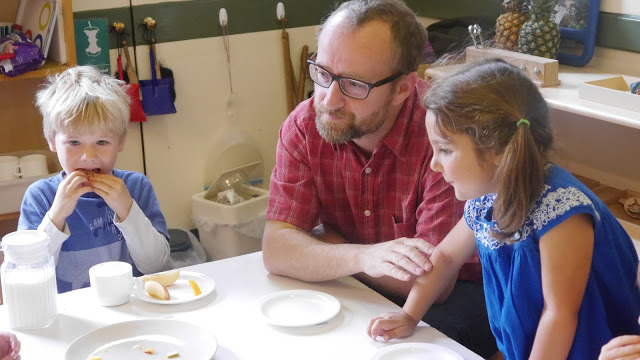 Montessori realised all this. Her emphasis on the spiritual preparation of the teacher is particularly striking and resonant. We need to be honest and open; we need to seek feedback and reflect. Reflectiveness was touted as a key quality/practice for teachers during my mainstream primary training, but then teachers, once working, are given precious little time for meaningful reflection and, more significantly, very little flexibility within the system to act on their reflections anyway. Thus, reflection falls by the wayside.
I’m not naïve enough to think that every Montessori setting is filled with teachers constantly examining their practice and striving to improve. Many do, of course, but Montessori teachers can also fall into the trap of simply maintaining the status quo rather than questioning. Indeed, I’m aware that there’s a strand of Montessori that acts as though Maria did all the thinking for us 100 years ago and we just need to reproduce what she did then. (This contrasts particularly sharply with dynamic Reggio practice, which makes practitioner reflection and fluidity of planning a central pillar of their approach.)

But Montessori wasn’t a mystic or an ideologue. She was proud to call herself a scientist, and scientific truth is always contingent, always subject to being disproved, always moving on. What remains constant and timeless are the principles she established – of believing in the natural inclination of the child to learn; of nurturing self-confidence, self-regulation and responsibility through free choice within limits; of fostering curiosity and a feeling for the wonder of the universe and our place within it. This holistic conception of what education should be is another key difference between Montessori and mainstream.
Despite the possible traps the Montessori teacher can fall into, the job is a profoundly optimistic one. We know that we always have the individual child at the heart of what we do. Simon Sinek, in his book Start with Why (2009) writes how great leaders never start their thinking with the ‘how?’ but always with the ‘why?’ Education is no different in this respect. Teachers are never inspired by detailed curriculum plans. They’re excited by big ideas and the big picture.
Montessori teaching is resolutely always about the ‘why?’ first. We practitioners are in no doubt about why we believe what we believe about child development, why we create the settings we value, and why we structure our pedagogy and teaching days as we do. And that’s because all our key information comes direct from the children. That’s the big difference with the mainstream, which, tragically, has become entirely mired in the ‘how?’ to the massive detriment of the motivation and spark of all those thousands of talented teachers out there who are desperate to believe in the ‘why?’ of what they do. We can count ourselves lucky.

Jonathan Cox is a recently qualified Montessori educator who previously worked in the state sector as a primary school teacher. He is currently hoping to set up a Montessori primary school in South-East London.