My son does it, so boys do it! 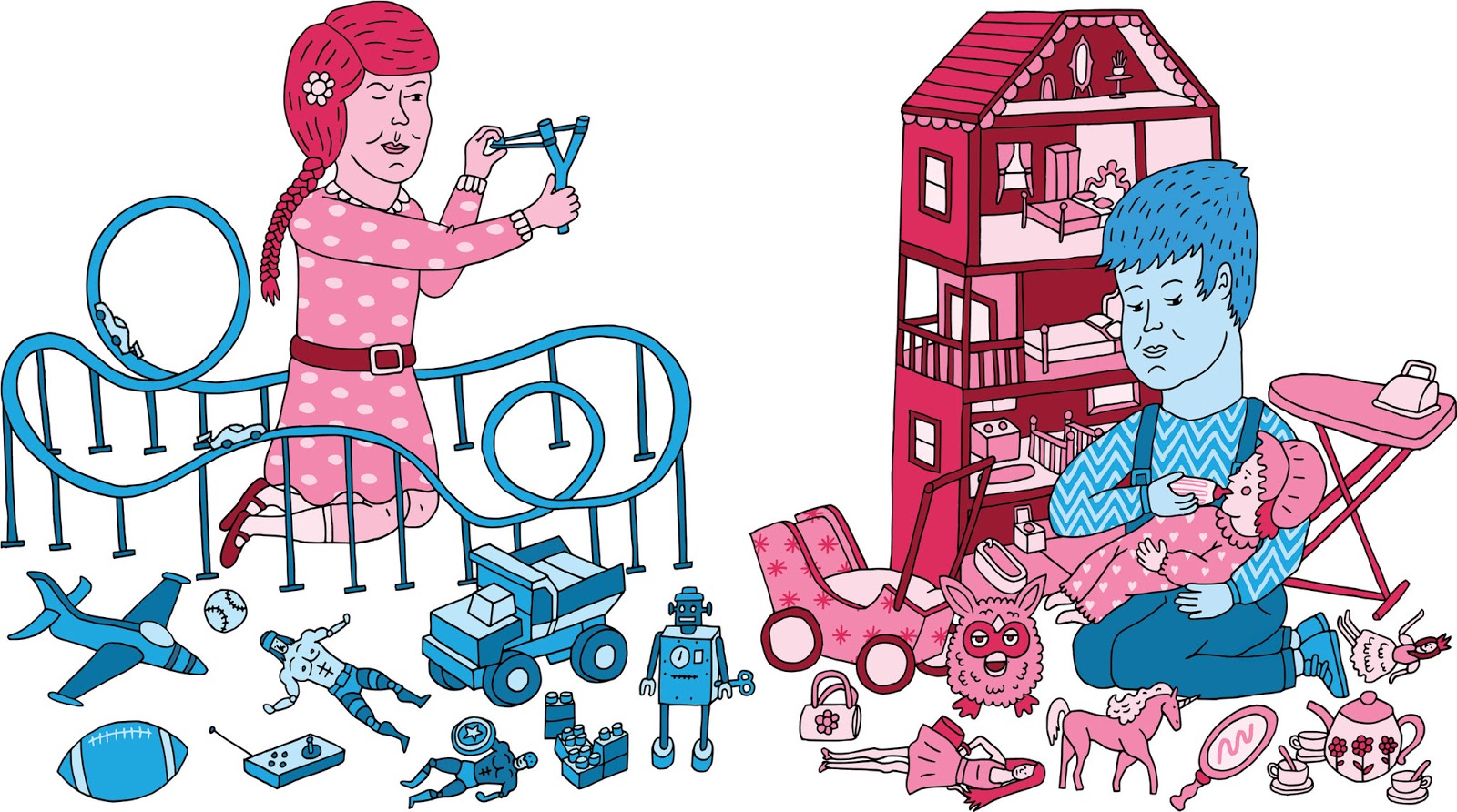 As Early Years practitioners, I believe it is very important that we are aware of what we bring into our classrooms. Dr. Montessori said that “the best preparation for teaching is a study of oneself”. Children really soak up everything in the environment. If we think learning is limited to those materials, we need to think again. What values and beliefs do we bring into our environments? What prejudices and attitudes will the children observe in us? If non-verbal cues speak louder, what are we communicating through our interactions with the children and with our colleagues? We are living materials that the children will learn from.

In this article, I would particularly like to focus on gender.  By gender I do not mean the biological sex of an individual – but rather the social and cultural construct that is constantly being modified through interaction.

Our world has come a long way in fighting gender inequality and stereotypes. Legislations have been put in place and anti-discriminatory practices have been promoted to ensure inclusion. But sadly these inequalities persist to exist. The least we can do is to sensitively observe our own environments. If the societies view on gender is limiting a child’s well-being, limiting his/her potential, and keeping him/her from truly being who s/he is, then we must intervene.

If we are working towards being an inclusive setting, and that is to ensure everyone ‘belongs’, we must start with where the children are, and sensitively accommodate that to the environment and our practice. Recently on a discussion in The Male Montessorian Facebook group, Heidi Moellmann, one of the parents made a very good point in regard to this. She said:

“My son’s favorite color is pink and he is artistic, likes nail polish, etc. He was 100% confident in himself and those likes before family and strangers made comments about how those are things boys “don’t do”. It drives me crazy. He does it, so boys do it.”

Heidi beautifully nails it! If her son does it, then it’s time to extend what other things boys do. Take away limitations, and we will be able to see possibilities! You may think, What difference does it make whether a boy gets to wear nail polish or not? It makes a bigger difference than we think. I believe we underestimate the message that is communicated. In a research conducted by Powney (1996), there were clear evidences of girls choosing career lines that were typically female occupations and boys choosing typical male ones. If I were living in India, the struggle I would have faced to do what I really wanted to do (i.e. childcare) would have been even greater. I would have been forced to do what I had no passion for. Thankfully, I can wake up every morning looking forward to my work with children!

Being a male practitioner in an early years setting definitely has positive effects on children. Our presence shows children the fluidity of gender, that men have the ability to care, and that it is not the exclusive domain of women. I wouldn’t say, however, that is limited to men. Female practitioners can counteract gender stereotypes too! Maybe ‘rough and tumble’ play is something some of you ladies out there should consider!

However, it also needs to be emphasized that children do not merely form their gender concepts exclusively from the same gender. They actively construct their gender from a myriad of sources – both male and female. This inner construct is what MacNaughton (2006) refers to as ‘gender knowings’. Our role as practitioners should be to get in touch with and access these ‘gender knowings’ so we can support them in exploring the various possibilities in our gendered society. Making all things available for all children by taking off the binary limitations.

Gilligan (1989) suggests that this can be effectively done by means of ‘dialogue’ – that is talking with others, listening to them, and being listened to by them. This offers us practitioners a strong role in forming the child’s identity, as we help the child gain voice, and engage the child in conversations about different voices and perspectives on the world (MacNaughton, 2000).

Not too long ago I was in the middle of a conversation between two three year olds, who were talking about power rangers. And the boy said, “I like blue power rangers”, and the girl said, “I like pink…”. I asked the boy why he liked blue and not pink, and he said, “Only girls like pink, boys like blue”. To which I said, “But I like pink…”, He smiled, and said, “No, you can’t like pink. You’re a boy”. I continued…, “I also like the Pink Tower”. He looked at the Pink Tower that was near him for a moment, and I could almost see him processing his liking for the Pink Tower (as though he had never thought about its colour!) and then turns to the girl and tells her, “Boys like both pink and blue”. This is just a very simple example of how through the means of simple dialogues we can work from where the children are, and work towards offering alternate ways of being in this world.

I speak about this and more on this in a recent podcast with Kathy Brodie from www.kathy-brodie.com. Please feel free to tune in to Kathy’s  ‘Men in Childcare’ podcasts that have several insightful interviews on the role of gender in early years.