Survival of the fittest?

I know the Montessori environment is non-competitive. No grades, no tests (!), no pressure to be or do better than anyone else. But I see it…every day. I grew up in the United States of America so I know through culture and practice what competition is about. I learned that the natural world goes forward through evolution which has also been described as ‘survival of the fittest’. I was raised in an environment where more, bigger, best, fastest and brightest are the ideals that are praised in the highest. And, yes, there are values and rules that are developed to make this type of competition “civilized”.
It pains me when I see a number of children in preschool (yup, boys mostly) engage in competition for things that basically are more about cooperation! For example, being first to go outside, jostling for potion at the door. I see them proclaim with victory that they are the first to finish their meal. I think, where did we fail them? This opens up a huge topic in many societies that have the ideal of competition as central to their identity. Some say that the modern influence they are subject to every day makes it something that we have no power over. Others believe it is a core aspect of the human species, survival of the fittest and all. The way I see it is that if survival of the fittest was the main component in human survival we’d have sharper teeth, stronger fingernails, be faster or stronger, possibly even a stronger intellect. I would counter that social cohesion explains our survival better.
The survival of the fittest theory was pretty much what I accepted until the world was rocked by one of the greatest natural disasters in modern times: the 2004 tsunami. I saw the emotional reaction and the aid that poured in from the whole world. People who usually don’t give a second thought to folks from South East Asia now were sending aid to them. It was then that I really grasped the true strength of human beings — ‘cooperation’.
We are not the most successful species (ok, that is debatable) based on ruthlessness, but on our ability to have compassion. I believe cooperation and compassion trump competition and ruthlessness. The tendency (need?) for humans to compete in a society has evolved into sports and games where we can agree on the rules of conduct. That’s why there are yellow cards in football and penalty time in hockey. What are the rules about standing in line? Or being first outside and having the first pick of the “best” tricycle? What is it that makes a child say where they spent the weekend had much more snow then the other child? Or to exclaim he has more toys than the other when in fact he has no idea? What drives this idea to be better than the other person?
To step it up a notch, I’ve heard about corporations and nations being economically competitive but not economically cooperative. When I learned sports, I was taught to be a “good sport”. A looser is gracious and a winner modest. We shook hands after games. If someone fell, you reached out a helping hand to get him or her on their feet. Although I will admit that even if I did these things, I sometimes felt very differently inside myself.
I am very reluctant to blame it on modern society for two reasons. First, it seems this has been so for a long time, and secondly, I have read examples and seen films that show competition taking a back seat to cooperation. I often wonder, what is my role in this? Do I model this on a subconscious level? Is it the result of the actions of the adults I work with (myself included)? Or perhaps it is more what I don’t do? At this point I don’t know. I guess it’s probably a little bit of each. I’m not claiming to know the answers, but I do believe it is relevant and important to discuss.
Is there competition in your classroom? Do you encourage it, either consciously or inadvertently? Or do you discourage or ignore it? Do you teach or actively demonstrate “fair play”? I hear kids saying they are or want to be the best at something. I try to explain to distinction between being best and doing you best. Who knows who will be best? Everyone loses sometimes. But one thing’s for sure, if you don’t do your best, you are unlikely to be best. So how do we want to go forward? Elbowing our way to be first in line without regard to the others and only thinking of ourselves? Or do we go hand in hand enjoying each other’s company doing our best for ourselves and each other? 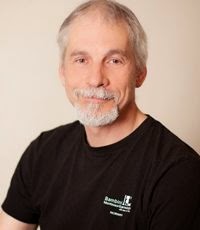 Robert Fischbeck is a Montessori practitioner from Norway. He is married and has 2 children. Rob has a diverse interest and has worked in wide variety of jobs, from a sewer worker to fish cleaner; from kitchens to preschools. He studied Montessori with Waterpark in Oslo and has been working at Bambini Montessoribarnehage in Hamar, Norway since 2004.

4 thoughts on “Survival of the fittest?”