His name is today… 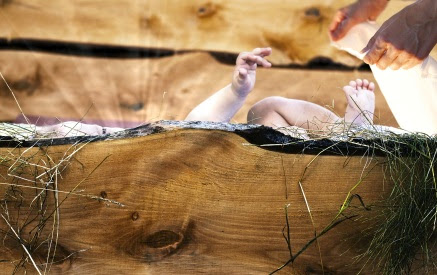 “The most important period of life is not the age of university studies, but the first one, the period from birth to the age of six. For that is the time when man’s intelligence itself, his greatest implement, is being formed. But not only his intelligence; the full totality of his psychic powers.” – Maria Montessori

While preparing for the Christmas celebrations for my classroom, the manger scene seemed to speak volumes to me as a defender of the early years of childhood. In the famous hymn “In Christ Alone” written by Getty & Townend, these words stuck out to me, which I feel has profound implications for us as parents, practitioners and human beings

“In Christ alone! Who took on flesh, fullness of God in helpless babe”.

According to the Christian message, there in that manger, in the most unattractive, most unexpected places of all, lay the answer to all humanity – and it wasn’t a political leader, nor was it an educated scholar, but rather a helpless babe, who had to be carried, nursed and taken care of.

If you are a parent, a practitioner, child minder or just someone who works with children, allow me to challenge you to look at your own manger scene…that child in front of you – or possibly the one lying on the floor throwing a tantrum. Look at him/her with fresh eyes. Let us see and believe that in that child lies the potential to transform the world.

Early childhood is only a small window in the timeline of human history, but the potential to absorb, form and transform is at its peak. Don’t let another day go by, without actualising this truth. Mistral wonderfully said in her writing:

“Many things we need can wait. The child cannot. Now is the time his bones are formed, his mind developed. To him, we cannot say ‘tomorrow’. His name is today’”

His name is today…