The Wild Boy of Dallas 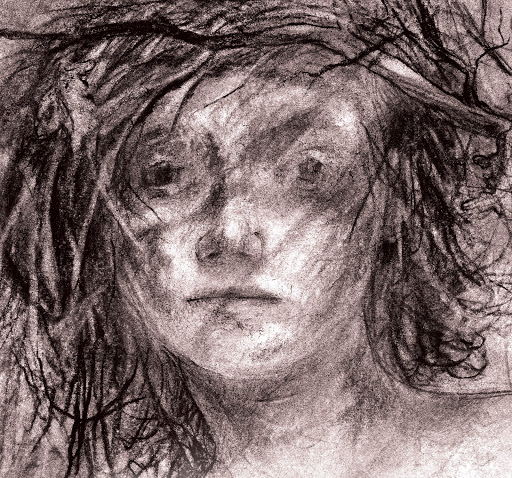 Don’t get me wrong. When mentally I named him “The Wild Boy of Dallas”, I mean it with complete respect. There was no Texas Twister to match this three-year-old in the Montessori class I was observing. I juggled my notebook on one knee, furiously scribbling graduate notes about his behaviors. He rolled. He roared. He spoke only when he wanted to, arms crossed in defiance when he did not want to say a word. He led troupes of invisible monsters goose-stepping between the shelves. He crawled. And I, before observing all of this, blindly chose his name—his of all 30 other children!– to be the child I would give model lessons for my Montessori diploma.

So, here I am, eager, brain full, and there he is, rosy-cheeked and eyes squinting at me. Appraising me, sizing me up for a duel. ‘You’re in for it, kid,’ I think—‘You don’t know my grit.’ Cue some old Western shootout music. ‘We are going to have a lesson.’ The veteran guide here in the room doesn’t seem flustered at all by the tailwind of energy displaced in his path. She glances over reading glasses at the developing scene and continues individual lessons with the others. She circulates and observes, at times nodding silently to the assistant to take his hand and walk him away from another child’s work. I watch.

I stand to approach him for the lesson. Immediately, I feel too big and seek to shrink down to his height. “Kyle,” and while he looks at me, I imagine the face of my trainer modeling the words in a gossip-tone, “Kyle, I have something to show you. Come see,” I smile. I gesture to the shelf for him to follow. He roars at me, like a mountain lion, and runs away. Literally, running. So… Here’s the crux of the teaching profession. Think fast. Decide fast; what’s next. Every minute is a Choose Your Own Adventure. Do I (a) grab him, or chase him; (b) reprimand; (c) ask for help; (d) do nothing.

As odd as it may seem, I chose to do nothing. I had already been watching him a week, and looking to the sage teacher already in the room, if grabbing or chasing or punishing would have worked, she would have already corrected this. No. The Wild Boy of Dallas would require something more savvy. I know from the other professionals that he is otherwise typical; this is not a feature of a learning difference. The Wild Boy is wild because he likes this, and he knows this. So, how can I show him something he will like more?

To no avail, whenever he got the indication I was trying to deliver a lesson, he would shout, “No, no, no!” and rush away.

I gave other lessons while I kept pondering: I know what three-year-old children like. They like funny sounding words, talking about their pets, and talking about what they have. Oh, they can’t even resist it sometimes. Just ask a room full of preschool children if they have ever scared a rolly-polly, or a doodle bug, and you’ll have a rug off arms bouncing and mouths ready to blurt the most exciting tale you’ve ever heard. I wrote lessons for Kyle, lessons Kyle would have run from, if I told him to come or had him sit down.

Kyle eavesdropped. He lurked behind a shelf, listening. I invited a group of four-year-olds to tell me about Renoir’s Woman with a Cat. We talked about five minutes as he crept closer and closer, until he announced, “I have a cat!” I smiled then quickly sent each of the children back to their own work. But not before whispering, “I have so many more books and pictures with cats. I’ll show you another time.”

Bear with me—his trust was growing, and I could tell. But still, it was now seven days and no lessons for Kyle. This had to happen. So, according to plan, I drew in a group of six-year-olds to discuss winter clothing they love, what kind of hats. He stood immediately behind this time, then chimed in, “I HAVE ONE WITH STRIPES TOO!” “You do? Does it have a pom-pom up top?” I pantomimed, “Or a string to hold it on in a snowy wind?” He was all but bursting to tell us, and I maintained eye contact and tapped a knee or two to keep their eyes on his descriptions. ‘You are our friend,’ I told him with my eyes, ‘We care and like you.’

His big spirit doesn’t need taming. I spit on the ground to remember my first so-called mentor teacher who told me ‘the will of the child must be broken’. I didn’t need a whip. I needed a snare, to snag that whirlwind on something he can wrap and consume, absolutely in love. Still, for The Wild Boy of Dallas, it did feel like working with a mustang. “How could I ever have enough time?” I wrote in my notebook.

Just then, I looked up, and there he was sitting on my shoes! “Hi,” he giggled, poking my knee. He was just starting to spin around and sing to himself the poem I shared with another group. I smiled quietly, and without speaking, I went to the touch tablets on the shelf. Ceremonially, I carried them to a small, low table. He followed me, watching, as he had done for the last three days. I did not invite him to a lesson. I gave myself a lesson, tracing the rough a smooth sandpaper bands with my fingertips. My vertical control is advanced enough, I’d wager, but I dramatized the focus and struggle of staying just on the band. I muttered to myself, under my breath, “Wow, I almost went off that time,” and redoubled by attention.

“Mmm…” I responded, “I don’t know. I want to finish.” And through all this, would you believe the rest of the class of 30 was so sufficient and engrossed in their own work that they hardly noticed all of this going on? Not Kyle. Kyle burned to do this work. I gave myself the same lesson, and I counted, seven times. He was hopping in place and groaning. Yes.

I looked up and gestured to the seat beside me. “My turn!” he delighted. And he practiced the presentation not one time, but four times, with all the focus of the legendary children Dr. Maria Montessori wrote about coming up on a hundred years ago. He never knew I gave him a lesson. He never knew he was taught, you see, because I should have known right off the bat that I was there for him to be teaching me: In highlighted print, Kyle reminded me that we can never truly teach a lesson, only guide a child to a presentation. We can only offer ideas as gifts. And haven’t we all heard that dozens if not hundreds or thousands of times, as educators?

Kyle’s big spirit is the magnifying glass over that truth, though: Do not give lessons. Do not teach. Do not trust the method. Do not follow curriculum.

Offer presentations. Guide. The work and discovery is the child’s own. Entice. Invite. Trust in the mysterious complexity that is each child. Observe like a scientist, meditate like a monk. Follow the child.

So, what happened next? Snow. We saw it out the window, a Texas-sized blizzard rolling in. I was thrown off campus, and the whole city shut down under ice for days. I couldn’t get a scheduled time back on campus for my last two days guest teaching and writing until May, in the summer.

I could not wait to see what he would be like. I remembered how he had raced through the room taking out work for older children, scattering it on the floor while the assistant gently walked him away from it. I remembered his mountain lion roar, his tornado twirl. I remembered the depth of blue-green in his eyes that first moment he trusted me and approached to say hello. I scanned the room.

He was at the Practical Life shelf carrying a tray with a glass bowl and a Clementine orange. Gracefully, he rested it on a table, removed his chair without a sound, sat, and began his work. He peeled each fragrant pinch of rind into the bowl, divided the sections, and ate, before standing, tucking in the chair, and returning the work to the shelf. He stood in repose, looking at an elderly ficus tree in the corner, then taking out a hoop to sew over an embroidery pattern, before spying me. He tilted his head and smiled, but continued those precise movements with his sharp needle. One of the other boys announced to his friend, “Look, it’s Shonto Pooshay!” Well, that’s right close to Jonte Boucher. I’ll take it.

But… Where is my Wild Boy of Dallas? What is all of this grace and care? All of this intention, this love for his space? He has been incarnating himself. He has been… becoming. It was a gift when he finished his sewing and came to me, asking if I would like to do some work together. “Have you gotten to work with the Brown Stair, here? Let’s take it out together.” And so we worked—no teaching, only guiding and making accessible to his senses what knowledge he can inherit and build in himself. No master and student, except insofar as he teaches me.

Is the Wild Boy gone? No, I don’t think so. I think there’s something about him that still speaks to the mustang. For wildness, he traded a truer kind of freedom and independence in all that he can do now, in all he can express and build and craft for himself. His unbroken will has its own master, his growing intellect, his conscience, his own virtue. I cannot take any credit for the months of work between that first day of concentration before the snowstorm and the transformation I saw at summer. That is all Ms. G. and Ms. C. But, I’m glad for my part. And I am truly grateful for a Montessori pedagogy which allows the educators the freedom to respect all of this in the child.

I’ll just let you ponder that while the metaphorical tumbleweed rolls on by. 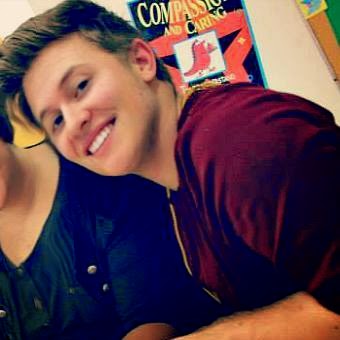 Jeannot Jonte Boucher (a.k.a Johnny) is a primary guide at Eduardo Mata Montessori, a public school in Dallas, Texas. When the school day is over, Johnny gets busy with his other passion, writing. You may read his articles in the Dallas Morning News insiders feature, or you might run across K-12 curriculum and children’s stories by Johnny in Istation educational software. Johnny is working on a Master’s degree in Early Literacy. Outside of the classroom, Johnny has the gift of two lovely children, Toby and June, and loves to paint portraits and sing in community shows with his partner, Ashley.

Johnny is currently the Greater East Dallas Teacher of the Year, awarded by the chamber of commerce

4 thoughts on “The Wild Boy of Dallas”